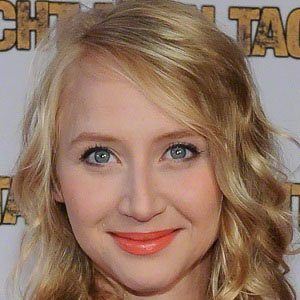 After making her screen acting debut as the lead character in the 2002 German feature film Big Girls Don't Cry, she appeared in many other films and television series, including, respectively, Not My Day (2014) and Alpha 0.7 - Der Feind in Dir (2010).

Shortly after appearing in Big Girls Don't Cry, she was cast in another German feature film, Love in Thoughts.

Her artistic honors include a Golden Camera Newcomer Award and a Shooting Stars Award.

The daughter of actors Jenny Grollmann and Ulrich Muhe, she was born and raised in Berlin, Germany.

In 2008, she appeared with Simon Rouse in a two-part episode of the British police drama The Bill.

Anna Maria Muhe Is A Member Of