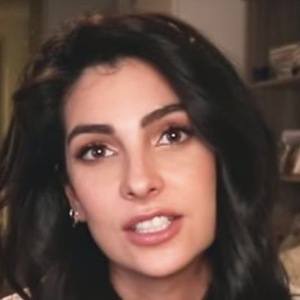 Beauty and lifestyle expert behind her self-titled YouTube channel and one of the founders of the creative online blogging network NSMBL. Her video repertoire includes everything from travel vlogs to tag videos to styling tips.

Even as a child she knew she wanted to write and eventually she launched her blogging career in 2011 when she co-founded NSMBL.

She has earned over 260,000 subscribers to her self-titled YouTube channel. In April 2015, she released her autobiographical self-help book called On Top throughout the Netherlands.

She documented the birth of her nephew Jonathan in the October 2015 video "Baby Jonathan WELKOM."

Anna Nooshin Is A Member Of