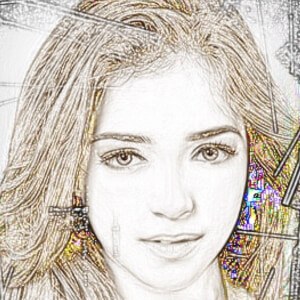 Brazilian actress known for her roles in feature films, television programs, and soap operas as well. She is most recognized for her recurring role of Flaviana on the soap opera Malhacao on the Rede Globo Network.

She first began acting professionally in 2003 when she was cast as Pandorinha in the series Kiss of the Vampire. She earned further recognition in 2007 with the role of Clara O'Neill Sullivan in the series Eternal Magic. Her feature film debut came in 2014 in Teen Confessions: The Movie.

She was nominated for a Contigo Prize! for Best Child Actress for her role as Clara in the series Eternal Magic.

She is the daughter of international journalist Renata Cerqueira.

She starred alongside Deborah Secco and Daniele Valente in the Brazilian comedy Adolescent Confessions in 2014.

Anna Rita Cerqueira Is A Member Of