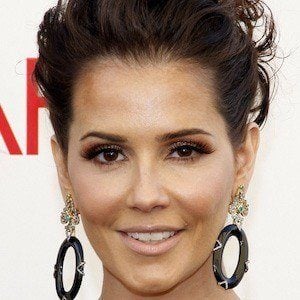 Brazilian film and television actress known for starring in series and telenovelas like Louco por Elas, A Favorita, and Pé na Jaca. She has also starred in a number of feature films like Bruna Surfistinha and Confissões de Adolescente.

She made her acting debut in advertising at the age of eight. Then, at ten, she made her television debut in Brincando de Era uma Vez. The following year she earned her first starring role in Mico Preto.

In addition to her comparable acting career, she has worked regularly in modeling and graced the cover of magazines like Uma and Criativa.

She has one brother, Ricardo, and one sister, Barbara. She was previously married to director Rogério Gomes and soccer player Roger Galera Flores. She married Hugo Moura in 2015 and they gave birth to one child.

In 2005, she starred opposite Murilo Benicio in the drama América.

Deborah Secco Is A Member Of