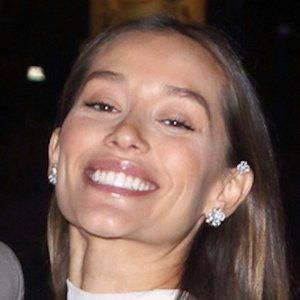 Kazakh model with more than 110,000 followers for her sharypova_nna Instagram account who gained fame after she began dating soccer player Andre Schurrle.

She is a trained architect and graduated from university in Berlin.

She and Schurrle met at a Berlin fashion show in January of 2017. The couple wed in 2018. Their first child, a daughter named Kaia, arrived the following year.

She began dating Schurrle after he split with his fiance Montana Yorke.

Anna Sharypova Is A Member Of