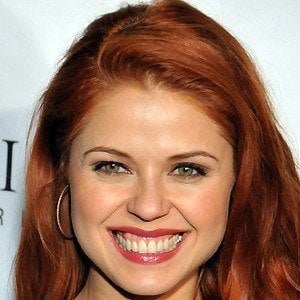 Russian Latin and ballroom dancer best known as a regular on ABC's Dancing with the Stars since the show's second season.

She was an International Latin Ballroom Challenge top 10 finisher before joining Dancing with the Stars.

She has been partnered with several athletes, including Jerry Rice, Chuck Liddel and Sugar Ray Leonard.

She had a nine-year marriage to Jonathan Roberts that ended in 2012. She had a daughter named Amalya with Nevin Millan on January 2014. In September 2017, she and Nevin welcomed a baby boy named Kaspyan.

She finished 5th during the 11th season of Dancing with the Stars with partner Kurt Warner.

Anna Trebunskaya Is A Member Of