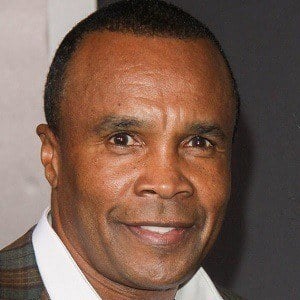 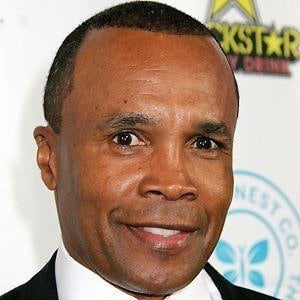 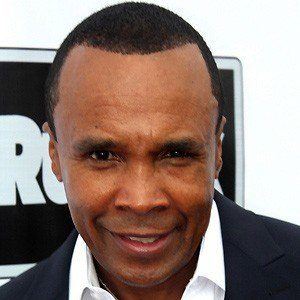 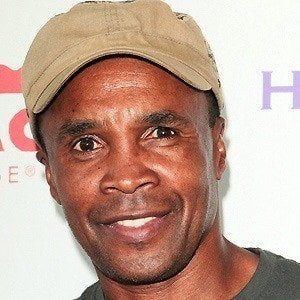 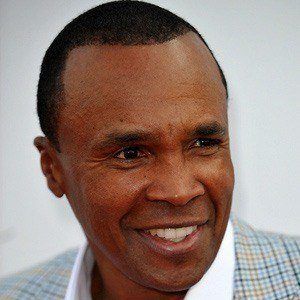 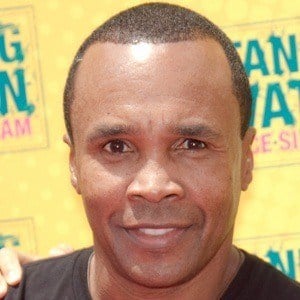 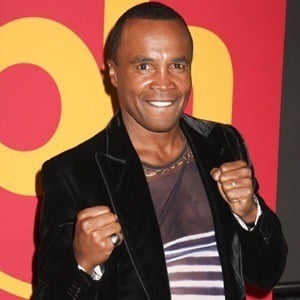 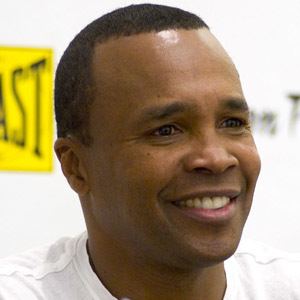 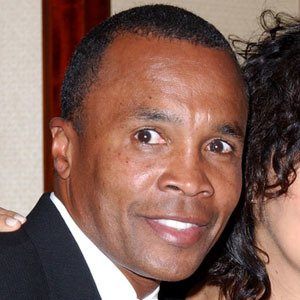 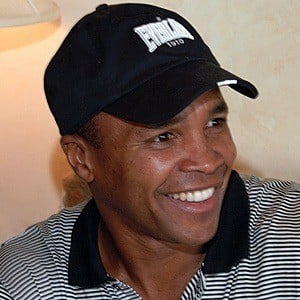 Olympic champion boxer and dominant prizefighter of the 1980s who became the first fighter to earn more than $100 million from fight purses. He went 36-3-1 as a professional and was inducted into the International Boxing Hall of Fame in 1997.

He almost drowned in the creek by his house when he was a child. He started boxing in 1969. His first pro fight came in 1977.

At the 1976 Olympics in Montreal, he won a gold medal in boxing as a light welterweight. The year before, he'd won gold at the Pan American Games in the same weight class.

He married Bernadette Robi in August 1993 after previously being married to Juanita Wilkinson from 1980 to 1990. He has four children named Jarrel, Camille, Daniel, and Ray Jr.

He originally retired in 1991, but came back for one more fight against Hector Camacho in 1997. He lost by TKO and retired for good.

Sugar Ray Leonard Is A Member Of