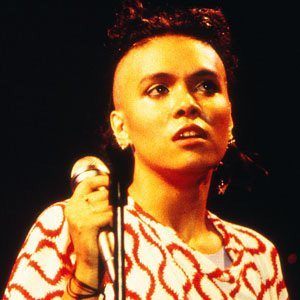 Lead singer of the band Bow Wow Wow, the new wave band known for singles like "I Want Candy."

She was discovered by Malcolm McLaren at the age of thirteen and attended the Sylvia Young Theatre School.

She created another band, Naked Experience, after being ejected from Bow Wow Wow.

She was born in Rangoon.

Lwin and John Lydon were both in bands assembled by Malcolm McLaren.

Annabella Lwin Is A Member Of