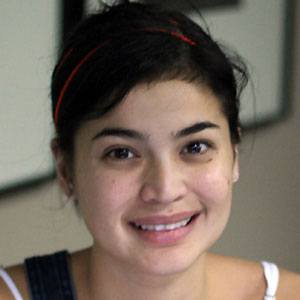 Social star and actress who starred in the film When Love Begins with Aga Muhlach. Her other credits include Anna Karenina and Babe, I Love You. She is extremely popular on Instagram with over 18 million followers. She has also worked as an ambassador for UNICEF.

She played a princess in Magic Kingdom in 1997.

She played Angela on the TV show Green Rose. In November of 2021, she published a paid partnership post on Instagram for Johnson's baby products.

She has a sister named Jasmine. She dated foodcentric vlogger Erwan Heussaff and the two married in November 2017. On March 2, 2020, the couple welcomed their daughter Dahlia Amélie Heussaff.

She starred alongside Jericho Rosales in Green Rose.

Anne Curtis Is A Member Of

It's Showtime
No Other Woman
37 Year Olds
Instagram Stars