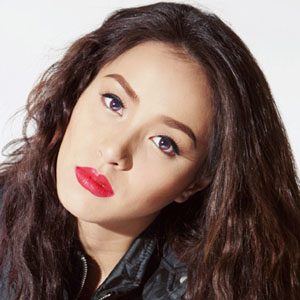 Filipina actress best known for having starred in the ABS-CBN program Eva Fonda.

She competed on the reality television program StarStruck in 2003.

She co-starred with Zanjoe Marudo in the 2013 comedy film Bromance: My Brother's Romance. Throughout her career, she has earned over 50 credits as an actress, appearing mostly in TV series' during the early part of her career. She is also a model and a dancer.

Her sister, Ara Mina, also became an actress. She married Ali Khatibi in 2016. They had a daughter in 2015.

She appeared with Sarah Geronimo in the variety show ASAP.

Cristine Reyes Is A Member Of