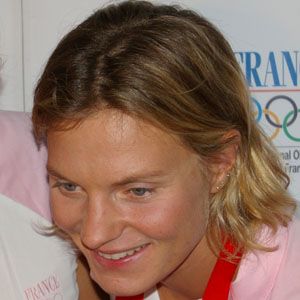 French sprint canoer who won a bronze medal in the K-2 500 meter event at the Beijing Olympics in 2008.

She began competing in sprint canoeing in the mid 2000s.

She has won multiple medals at the ICF Canoe Sprint World Championships.

She and fellow canoer Vladimir Parfenovich have both medalled in the Olympics.

Anne-Laure Viard Is A Member Of