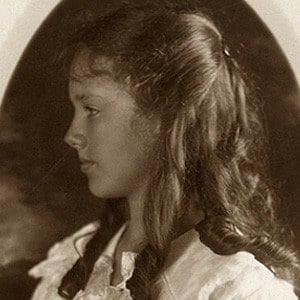 An acclaimed author, poet, and feminist, she is best known as the wife of famous aviator Charles Lindbergh. Her numerous literary works include Gift from the Sea, North to the Orient, The Unicorn and Other Poems, and Dearly Beloved Chicago.

She was born in Englewood, New Jersey. She first met Charles while pursuing a degree at Smith College. In 1930, she became the first woman in America to earn a license as a glider pilot.

She and Charles had six children: Charles Jr., Jon, Land, Anne, Scott, and Reeve. The Lindberghs' oldest child, Charles, Jr., was famously kidnapped and murdered as an infant.

Anne Morrow Lindbergh Is A Member Of