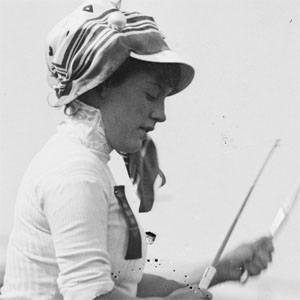 Credited for popularizing one-piece swimsuits for women, she attempted to swim the English Channel and acted in several films, including "A Daughter of the Gods."

She wore steel leg braces to overcome a leg disability, eventually developing full mobility and strength and the ability to swim.

She wrote several books, including one on swimming, a collection of children's stories, and an autobiography.

Her father Frederick was a professional violinist, and her mother Alice was a piano and music teacher.

Annette Kellerman Is A Member Of