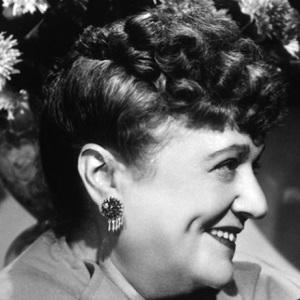 American character actress who was featured in Tonight and Every Night and The Mask of Dimitrios. She appeared in over 60 films during a 13-year period.

She studied at the University of Texas at Austin and received a degree in Mathematics.

She married twice and had one daughter.

She acted in a production of Jane Austen's Emma.

Florence Bates Is A Member Of