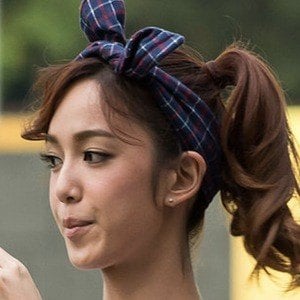 Taiwanese model and actress who got her start at the Catwalk Production House. She's modeled for brands such as Adidas, Nivea, Levi's and Maybelline. She was cast as the female lead in CTS' Prince + Princess 2.

She became the first winner of The First Kaiwo Phantasy Star CatwalkGirl modeling contest in 2007.

She was runner-up in the One Million Star singing competition.

She was born an only child in Taichung, Taiwan. She's dated Love Now co-star George Hu

She and Gigi Hadid have both modeled for Maybelline.

Annie Chen Is A Member Of