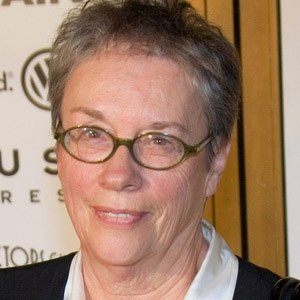 An American author and journalist, she received the Pulitzer Prize and the National Book Award for her 1993 novel, The Shipping News. She also wrote the short story, Brokeback Mountain, which was adapted into an Academy Award-winning film starring Heath Ledger.

She began her writing career as a journalist, publishing her first story in a 1963 issue of If magazine. She was a Phi Beta Kappa graduate of the University of Vermont.

She collected a large library of books at her home on a 640-acre Wyoming ranch.

She was born Edna Annie Proulx in Norwich, Connecticut to parents of English and French-Canadian descent. She was married three times and had children named Jonathan, Gillis, Morgan, and Sylvia.

Annie Proulx Is A Member Of