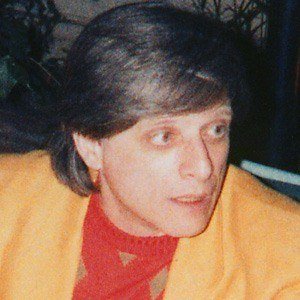 Prolific writer and editor who is known for his highly popular science fiction anthology, Dangerous Visions. An author in the genre of speculative fiction, he wrote many other works, including screenplays, essays, novellas, and literary criticism.

He ran away from home at a young age and worked many odd jobs, including fisherman, crop-picker, truck driver and door-to-door salesman. He briefly attended Ohio State University before publishing his first stories in the Cleveland News in 1949.

He has received many awards for his writing, including multiple Hugos, Nebulas and Edgars.

He was born in Cleveland, Ohio to Serita Rosenthal and Louis Laverne Ellison. He was married five times: to Charlotte B. Stein, Billie Joyce Sanders, Loretta Basham Patrick, Lori Horowitz, and Susan Toth.

He is a screenwriter whose films have featured Elke Sommer.

Harlan Ellison Is A Member Of