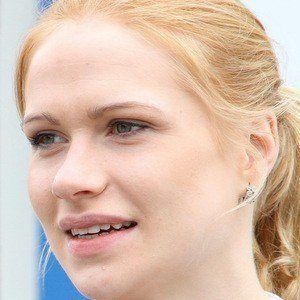 Professional CrossFit athlete and world champion. She became the first woman to win the CrossFit Games twice in 2011 and 2012. She has owned CrossFit Reykjavik. She has been an ambassador for Reebok.

She was a gymnast for 8 years. She started CrossFit in 2009.

She was born and raised in Iceland the youngest of three. She has two older brothers. She did ballet, gymnastics and pole vaulting growing up and was very competitive as a child. She has been in a relationship with Frederik Aegidius.

She beat NFL running back Justin Forsett in a push-up contest following a back injury.

Annie Thorisdottir Is A Member Of