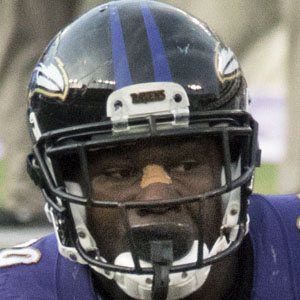 NFL running back best known as a member of the Seattle Seahawks and Baltimore Ravens. As a college player with the California Golden Bears, he was a First-team All-Pac-10 selection in 2007.

He moved from Florida to Arlington, Texas as a high school sophomore and played at Grace Preparatory Academy.

He had a breakout 2014 season with the Ravens, surpassing 1,000 yards for the first time in his career.

He married Angela Forsett in 2011 and he has two sons named Zion and Judah. His father, Rodney, was a football coach.

He found success playing with quarterback Joe Flacco in Baltimore.

Justin Forsett Is A Member Of