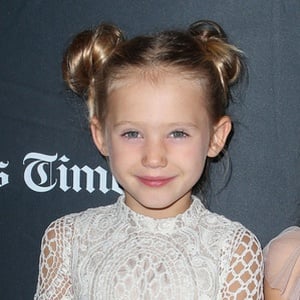 Actress who has gained widespread prominence for appearing as Holly on the Netflix series Stranger Things. She and her twin sister Tinsley both appeared as the character, and have often switched playing the same role.

She earned her first on-screen appearance in 2013. She and her sister began playing Judith Grimes in AMC's The Walking Dead TV series.

She appeared in the 2016 film Allegiant. She was also cast to star in the 2018 film Galveston as Young Tiffany.

Her parents' names are Kristen and Nathan. She has one older brother named Brayden.

She has appeared alongside star David Harbour on the popular Netflix TV series Stranger Things.

Anniston Price Is A Member Of