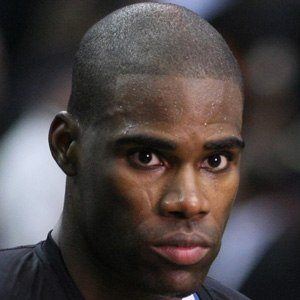 Two-time All-Star who played for the Golden State Warriors from 1998 to 2003 and won the NBA's Sixth Man of the Year Award while playing for the Dallas Mavericks in 2004.

He was honored as the NCAA's AP National Player of the Year after his junior season at North Carolina in 1998.

He was selected 4th overall by the Toronto Raptors in 1998, but his rights were traded to the Golden State Warriors in exchange for Vince Carter, who was Jamison's UNC teammate.

He had four children with his wife Rucker Jamison, whom he married in 2003.

He joined Kobe Bryant on the Los Angeles Lakers in 2012.

Antawn Jamison Is A Member Of