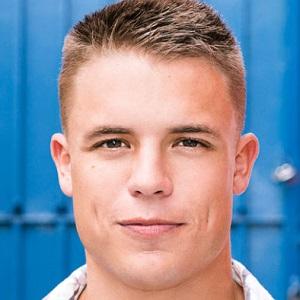 Season 2 cast member of MTV's Are You The One? He was attending Eastern Illinois University while on the show.

He played baseball, football, and was a wrestler growing up. He attended high school at Glenbard East.

He joined the fraternity Delta Tau Delta at Eastern Illinois.

He is from the town of Lombard, Illinois. He has a younger brother.

Both he and Paige Brendel starred on the MTV series Are You The One?

Anthony Bartolotte Is A Member Of

Are You the One?
Eastern Illinois University
30 Year Olds
Reality Stars