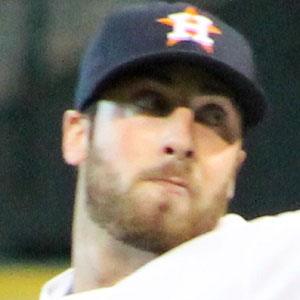 Professional baseball player best known as a pitcher for the San Diego Padres and the Texas Rangers.

He attended Wayne State University where he was named the 2008 Great Lakes Intercollegiate Athletic Conference Pitcher of the Year.

He kicked off his major league debut by pitching a five-inning start and following with an overall win.

He was born in Dearborn, Michigan. He has two sisters. He married Sydney Rae Bass in 2017; they became parents to a daughter named Brooklyn Rae Bass in September of that same year.

Both he and teammate Josh Hamilton have played for the Texas Rangers.

Anthony Bass Is A Member Of