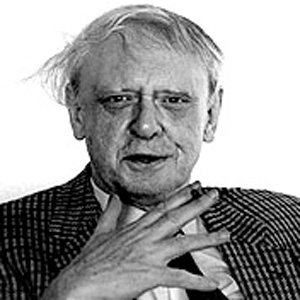 He wrote his first symphony at age eighteen and wrote over 250 musical works over his lifetime.

His novel, A Clockwork Orange, focused on juvenile delinquency and psychopathy and was adapted into a cult classic film directed by the brilliant Stanley Kubrick.

In 1942, his then-pregnant wife, Llewela, was beaten up by four GI deserters in her home, and later lost her child. This tragic event informed Burgess' depiction of violence in A Clockwork Orange. After his marriage to Llewela, he was married to Liliana Macellari from 1968 until his death. He had a son named Andrew.

He once wrote a study on the Irish author, James Joyce, entitled ReJoyce.

Anthony Burgess Is A Member Of