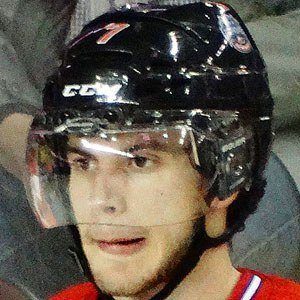 Before kicking off his NHL career, he played with the Sarnia Sting of the Ontario Hockey League.

He competed with Team USA at the Ivan Hlinka Memorial Tournament in 2012.

He was born in Sewell, New Jersey.

He was a first round pick of the Tampa Bay Lightning like Vincent Lecavalier.

Anthony DeAngelo Is A Member Of