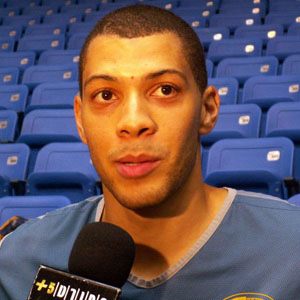 Former NBA shooting guard who played for the Cleveland Cavaliers from 2009 to 2012.

He was a three-time European League champion and one-time Euroleague MVP while playing for Maccabi Tel Aviv.

He had a child with his wife Tamy Parker.

He is the older brother of WNBA star Candace Parker.

Anthony Parker Is A Member Of