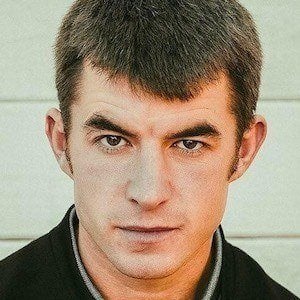 Rose to fame competing on the fourteenth series of The X Factor (UK). He'd return the following year following his stint in rehab. He tried out ten years prior, but had failed to make it through the audition process.

After losing his job in April 2017, he vowed to use to the opportunity to focus on his music career.

He was removed from The X Factor in 2017 after he admitted to drug use.

He has a daughter named Nola.

Louis Tomlinson paid for his rehab.

Anthony Russell Is A Member Of