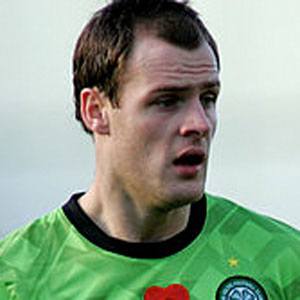 Republic of Ireland national team striker who spent most of senior career as a member of the Scottish Premiership club Celtic. He has also appeared in matches for Sunderland and Hibernian.

He was adopted by his aunt and uncle when he was three years-old.

He dedicated the third goal of his first ever hat trick to Celtic legend Henrik Larsson.

Anthony Stokes Is A Member Of