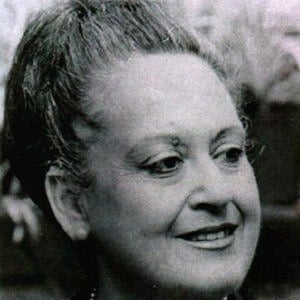 Soprano opera singer who performed at the Royal Opera House in London and the Teatru Manoel, among other venues.

She studied at the Royal Academy of Music on a British Council scholarship beginning in 1958.

She toured the United States in the late 1960s and played Maddalena in the Seattle Opera's production of Andrea Chenier.

She ended her international career in 1970 to care for her ailing parents in Malta, but she continued singing in her native country.

Antoinette Miggiani Is A Member Of