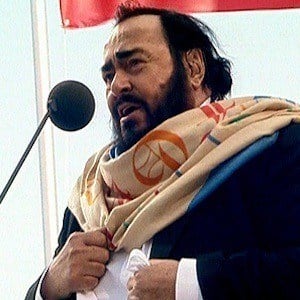 Italian operatic tenor best known for his performances with Spanish singers Placido Domingo and Jose Carreras. Together, they were given the name The Three Tenors.

After moving to the countryside during World War II, he developed a keen interest in farming. He debuted as an opera singer in La bohème as Rodolfo in 1961.

He was the recipient of the Kennedy Center Honors in 2001.

He hosted famous artists such as Mariah Carey at his annual Pavarotti and Friends charity concerts.

Luciano Pavarotti Is A Member Of