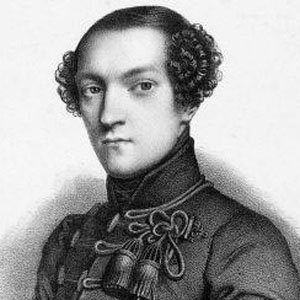 Child prodigy known as much for his technical prowess as he was for his showmanship.

He studied with legendary composer John Field in Moscow.

He once caused conductor Alfred Hill to resign in protest over a trick he would play on audiences in which he would perform a piece with his hands underneath a folded blanket.

He was born into a family of five children, all of whom excelled in the musical arts.

He mischievously billed himself as Ludwig van Beethoven's only living pupil.

Anton de Kontski Is A Member Of