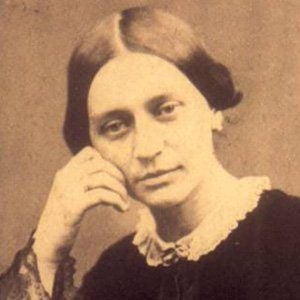 Greatly admired pianist of the Romantic era who had an influential 61-year concert career that revolutionized the piano recital.

She embarked on a concert tour throughout Europe in 1830 when she was 11. Attendance at her Paris stop was ruined by a cholera outbreak.

She did not hold Franz Liszt or Richard Wagner in high esteem, believing Wagner's compositions to be horrible and repugnant.

Her mother, Marianne Wieck, was a successful Leipzig singer, and her father, Friedrich, was a piano and voice teacher who monopolized his daughter's career.

She was married to legendary composer Robert Schumann.

Clara Schumann Is A Member Of