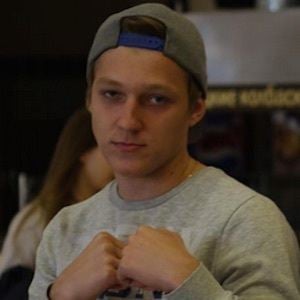 He first began posting to his Vine account in October 2014 with the video captioned "doing a homework with music .."

In March 2015, he posted a video from a 30 Seconds to Mars concert showing Jared Leto.

Anton Khrebto Is A Member Of