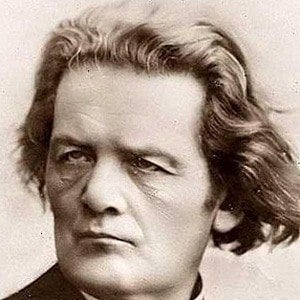 Founder of the Saint Petersburg Conservatory and transitional figure in the life of Russian art and culture.

He was denied enrollment at the Paris Conservatoire.

He thrived on piano history and once held a series of seven consecutive concerts that covered the history of piano music.

His younger brother, Nikolai Rubinstein, was the founder of the Moscow Conservatory.

Anton Rubinstein Is A Member Of