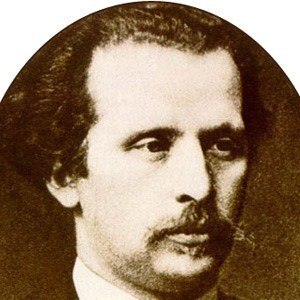 Anton Rubinstein's mellower younger brother. He was considered to be one of his generation's greatest pianists.

He and his brother were supported by Felix Mendelssohn and Giacomo Meyerbeer in their earliest musical endeavors.

He was once asked why he did not compose more music. His brother "composed enough for three," he said.

His family was Jewish, and his mother was the first to teach him piano.

He advocated Pyotr Ilyich Tchaikovsky's work and hired him to teach harmony at the Moscow Conservatory.

Nikolai Rubinstein Is A Member Of