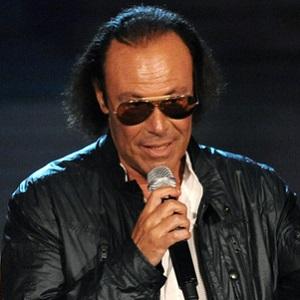 Italian singer-songwriter who gained fame in the 70's with socially-conscious albums like Lilly and Ullala. He is known to fans for dealing with issues like drugs, politics and religion in his songwriting.

He was born in Rome and first gained attention in the music world through his 1972 collaborative album with Francesco De Gregori, Theorius Campus.

He appeared in the 2013 Italian film The Great Beauty, which won the Academy Award for Best Foreign Language Film.

He was married to Simona Izzo from 1975 to 1978. They have a son named Francesco Venditti.

He collaborated with acclaimed saxophonist Gato Barbieri on the 1979 song "Modena."

Antonello Venditti Is A Member Of