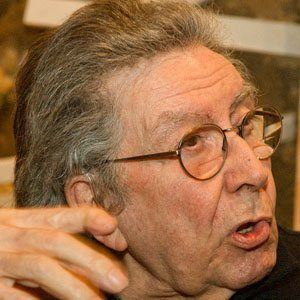 Influential European painter during the surrealist movement. He won First Prize for painting at the Pittsburgh International in 1958.

He studied law at the German School of Barcelona before entering the art field.

He was influential during the Dada and surrealist movement.

His father was a lawyer, which is why he attended law school.

Antoni Tapies Is A Member Of