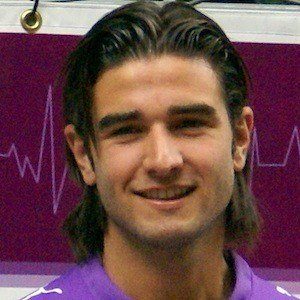 Spanish football player who is known for playing on the Real Betis club on loan from Middlesbrough. He is often seen playing the position of right back.

He first began his youth career in 2002 while playing with the club Sevilla. In 2005, he made his senior career and professional debut for Liverpool. The same year he began playing for the Spanish national team on their Under 17 division.

He scored the most goals of his career while playing for the Deportivo La Coruna club from 2006 until 2009.

He was born and raised in Pontedeume, Spain.

He played alongside Hugo Mallo as a member of the Galicia national football team.

Antonio Barragán Is A Member Of