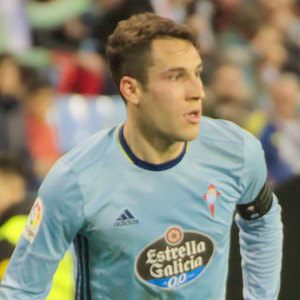 Spanish professional football player who is best known for playing the position of right back. He is also known for his work with the football club Celta de Vigo.

With a passion for the sport early on, he played for three separate youth clubs before joining the Celta Youth Club in 1999. He then began his senior career in 2009 when he moved up the ranks to the Celta first team.

He is also known for playing for the Spanish national team in the Under 19, 20, and 21 categories.

He was born and raised in Marín, Pontevedra, Galicia.

As a member of the Spanish national team for under 21 players, he can be seen in relation to others who have played for the team including Gerard Deulofeu, David de Gea, and Diego Capel.

Hugo Mallo Is A Member Of