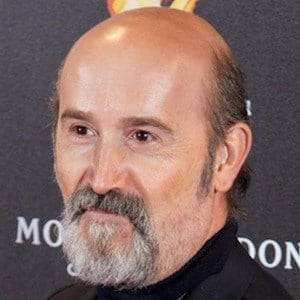 Spanish actor who is known for appearing on TV series such as Paquita Salas and iFamily. He played the part of Luis Olmedilla on the 2016 TV series Cuéntame.

One of his earliest roles was as León in the 1980 film Opera Prima.

He appeared in 77 episodes of the TV series Los Ladrones Van a la Oficina in the part of Smith "The Silent."

He has a son named Ricardo Fernández de Mateo.

Antonio Resines Is A Member Of