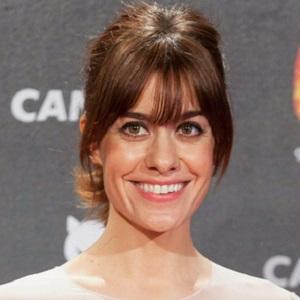 Stage and screen actress known for her role as Africa Sanz in a Spanish television series called Los Serrano. She also appeared in such films as A Mario and La Fiesta and in such stage plays as Los Menecomos and 5mujeres.com.

After ending her professional ballet career in her teens as the result of an injury, she trained as an actor and earned guest spots on such television series as Companeros and Periodistas.

She was born in the northeastern Spanish city of Zaragoza.

She and her Los Serrano co-star, Alejo Sauras, were co-recipients of the 2005 Premio Leche President award for "Best Television Couple."

Alexandra Jiménez Is A Member Of