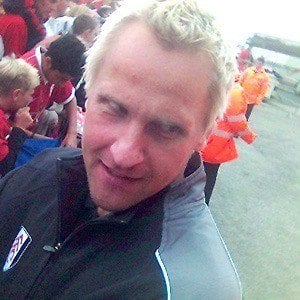 Became the first Finnish goalkeeper to win a Stanley Cup after helping lead the Chicago Blackhawks to victory in 2010. He signed with the San Jose Sharks after the 2010 season and won 30-plus games with the Sharks three of the next four years before a 2015 trade sent him to the Dallas Stars.

He began his professional career with the Pelicans of the Finnish Elite League in 2005.

He earned the nickname "Nemo" during his time with the Sharks.

He was born in Vantaa, Finland. He married Jonna Niemi in 2009.

Jonathan Toews captained the Blackhawks to a Stanley Cup Championship in 2010.

Antti Niemi Is A Member Of