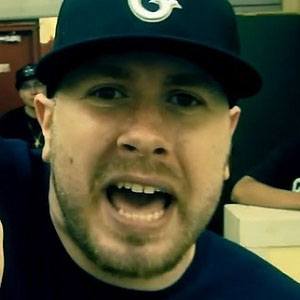 East coast-based rapper and producer best known as the leader of the underground hip-hop supergroup Demigodz. As a solo artist, he has gained attention for releases like 2006's Eastern Philosophy, 2009's Wanna Snuggle? and 2014 Connecticut Casual.

He attended high school in Willimantic and Montiville, Connecticut and first became aware of Demigodz after hearing them on the University of Connecticut's radio station.

He has been openly critical of the use of auto-tune in modern hip-hop music.

He was born to teenage parents. His birth name is Chad Bromle.

His 2014 track "Back in New England" features a contribution from fellow Connecticut rapper Chris Webby.

Apathy Is A Member Of