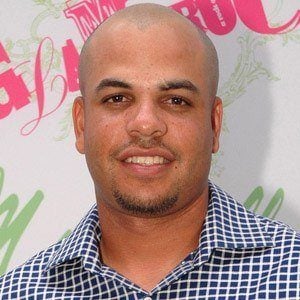 All-Star third baseman who led the National League in doubles in 2012 with the Milwaukee Brewers; played for the Chicago Cubs from 2003 to 2011.

He was signed out of the Dominican Republic and started his career with the Pittsburgh Pirates at the age of 20.

In 2004, he twice hit three home runs in a single game, becoming the 14th player in MLB history to do so.

He married Yudith Ramirez in 2013.

He joined Ryan Braun on the Brewers in 2012.

Aramis Ramírez Is A Member Of