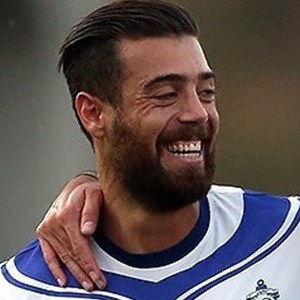 His youth career first began in 2007 when he was selected to play for the Esteghlal club. He then went on to play for the Foolad club in 2008 before joining their senior team and starting his professional career for the club in 2009. That same year he debuted for the Iran under 23 national team and joined their first team in 2010.

He was born and raised in Ramhormoz, Khuzestan, Iran.

Other professional football players who also played for the Iran national team during the 2012 season include Ashkan Dejagah and Alireza Haghighi.

Arash Afshin Is A Member Of