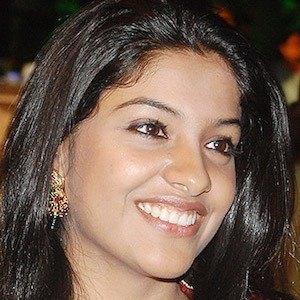 Award-winning actress who made her spectacular debut portraying Kunjimalu in the hit drama Neelathamara. She has since gone on to star in popular films like Mummy & Me and Backbench Student.

In 2006, she began studying business administration at Mar Augustinose College. Thereafter, she got her start hosting Bloody Love on Yes Indiavision.

A fashion aficionado, she owns the boutique Chaaya in Kochi, Kerala.

She was born in New Delhi to Rosamma and Jose Kaviyil, a senior journalist. She married comedian Abish Mathew in 2016.

In 2009's Neelathamara, she appeared alongside Rima Kallingal.

Archana Kavi Is A Member Of