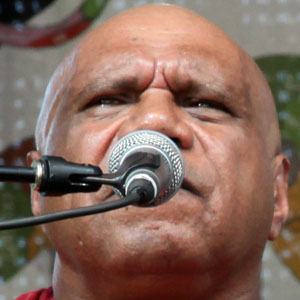 Singer and guitarist who has come to be known as one of the world's foremost Indigenous Australian musicians. Among his most popular songs is "Took the Children Away," which earned him an International Human Rights Award.

He lived in orphanages after being separated from his family by the Australian government.

He won the Deadly Award for Lifetime Contribution to Healing the Stolen Generations in 2013.

He was married to Ruby Hunter, who died in February 2010.

He has toured as an opening act for artists like Billy Bragg.

Archie Roach Is A Member Of