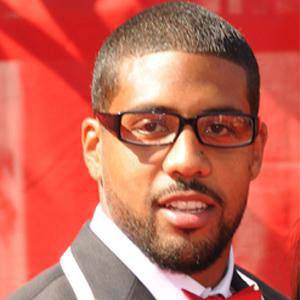 Un-drafted NFL running back who became a star for the Houston Texans. He led the NFL in rushing in 2010 with 1,616 yards and set a number of Texans franchise records including career rushing yards and touchdowns.

He was outstanding as a junior at the University of Tennessee, however he had a very poor senior season which caused NFL teams to look the other way during the 2009 NFL draft.

He caused controversy when he Tweeted the MRI of his hamstring injury during the 2011 NFL pre-season.

He was married to Romina Foster, and the couple have a daughter named Zeniah.

He and Andre Johnson combined to lead a fierce Houston offense.

Arian Foster Is A Member Of