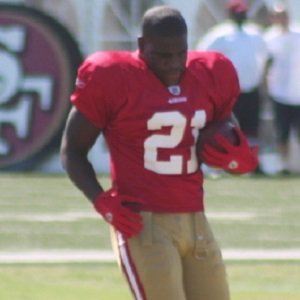 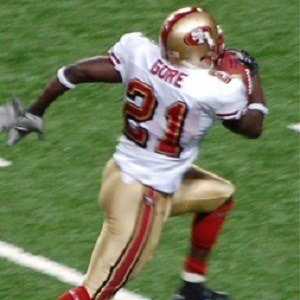 Five-time Pro-Bowl running back and 2006 NFC rushing champion who helped lead the San Francisco 49ers to a Super Bowl appearance in 2013. During his 10 seasons in San Francisco, he became the franchise's all-time leader in both rushing yards and rushing touchdowns. In 2015, he signed with the Indianapolis Colts.

He tore his ACL during practice while at the University of Miami, but returned and ran for 1,000 yards during his senior season.

He was raised mostly by his mother, Liz Gore.

His 1,000-yard season at age 33 made him the oldest running back to achieve the feat since John Riggins did it in 1984.

Frank Gore Is A Member Of