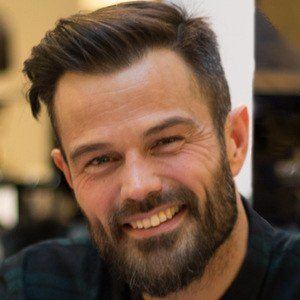 Dutch television presenter who became known for his work in evangelical Christian broadcasting, having presented religious shows like Een Betere Buurt and 40 Dagen Zonder Seks. He later worked with KRO on a number of shows, including Debat op 2.

He was a model and avid basketball player. He studied Psychology and Communications in the United States before moving back to the Netherlands.

In 2015, he founded his own gym, Vondelgym Boomsma, in Amsterdam.

He is the second son born to pastor Pieter Boomsma and Maja Boomsma-De Jong. He and Romy Boomsma have a daughter and a son.

He and Geraldine Kemper are both famous television hosts from the Netherlands.

Arie Boomsma Is A Member Of